How to Grow Peppers

As an affiliate, we may earn a commission from qualifying purchases. We get commissions for purchases made through links on this website from Amazon and other third parties. 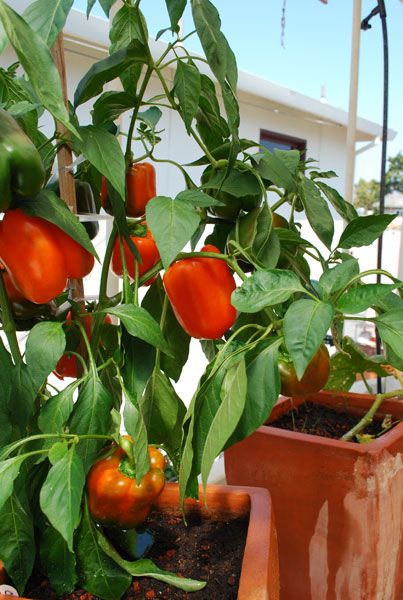 When you want to grow peppers, there are a few things that you need to know. Peppers must be watered every day. The soil should be moist, but not soggy. Water your peppers in the morning to prevent soil from getting too wet.

Spacing when growing peppers is a crucial factor to consider when planting your crop. A good harvest will be assured by spacing pepper plants evenly. This will also help to prevent other plants from competing with you for nutrients and space. Planting peppers in rows of 18-24 inches apart will help ensure a healthy harvest, especially during the winter months.

Pepper plants have a deep root bed that is at least as wide as the widest part of the above-ground portion of the plant. To move a pepper plant, carefully dig out a corner of its root bed. To pull the roots out, move a trowel forward and up. Once you’ve dug out the roots, you can move the plant to the desired location and prune off some of its leaves to create room between your plants.

There are many ways to get pollinators to visit your pepper plants. One way is to manually pollinate pepper flowers with a soft-tipped object. The Sandia Seed Company suggests using a clean paintbrush and gently brushing the tip of the flower against the anthers and pistils. Alternatively, you can use an electric toothbrush and use the vibrating motion to create a vibration similar to that of a bee’s wings. The vibration will encourage pollen to be released.

A small water source can also be added to encourage pollinators. Bees need to drink water when they forage, so placing a small water source near the plant is a good way to attract pollinators. However, do not plant pepper plants too close to each other. This will prevent proper air circulation, and will also make bigger plants shade the smaller ones.

Fertilizer for growing peppers should be applied about two weeks after the pepper seeds germinate. Before transplanting the seedlings into the garden, a light fertilizer should be applied at half strength. Because pepper fertilizer can burn the leaves, it should not be directly applied to the plants. Spread the fertilizer around the plants, making sure it is not too moist. This can promote diseases.

Mulch should be added around pepper plants after fertilization. Chopped-up leaves and grass clippings are ideal mulches. Mulching keeps the soil cool and helps reduce weed growth. If pepper plants are in pots, be sure to stake them. Otherwise, you may end up with top-heavy plants that cannot stand upright.

The location is an important decision when growing peppers. Some varieties will flourish in partial shade while others will do best in full sun. The peppers love warm weather but can become too hot if the soil becomes too dry. Peppers should be kept evenly moist, so use a layer of mulch to help retain moisture and prevent weeds from growing. A weak fertilizer should be applied to peppers early in the season. Too much nitrogen will result in excessive foliage, which is not desirable for peppers.

To thrive, pepper plants require six hours of direct sun per day. Ideally, they should be planted in a location where the temperature doesn’t dip below 70 degrees. If you are growing peppers indoors, make sure to use grow lights to provide ample light and keep the soil from getting too hot.

Planting in a south-facing windowsill

Planting peppers in a south facing window is a great way to extend their growing season. Peppers need at least six hours of direct sunlight per day to grow well. To prevent plants from becoming leggy, it is important to turn them frequently. They should also be exposed to direct sunlight when the temperature reaches 60 degrees Fahrenheit.

If you don’t have a south-facing windows, you can start pepper seedlings indoors. If the window is not bright enough, you can keep them in a dark place. During the day, the room temperature is fine, but at night, the temperature drops below 70 degrees.

Depending on the variety, peppers are typically harvested at their immature green stage between 10 and 40 days after flowering. The traditional bell pepper, for instance, is harvested when it is green, before the seeds harden and the fruit begins to turn red, orange, or yellow. Similarly, shishito peppers are harvested at their immature green stage, before they turn red. Avoid over-ripening which can lead to bitter tasting fruits by harvesting them early.

Harvesting immature peppers is beneficial to the plant because it promotes the production of more flowers and peppers. Although slightly immature peppers aren’t as sweet as fully-ripe peppers they are still edible. The seeds in immature peppers are not fully developed and should not be saved for planting again. You can also leave the first peppers on the plant to ripen before harvesting subsequent peppers.