How to Grow Vanilla Beans

As an affiliate, we may earn a commission from qualifying purchases. We get commissions for purchases made through links on this website from Amazon and other third parties. 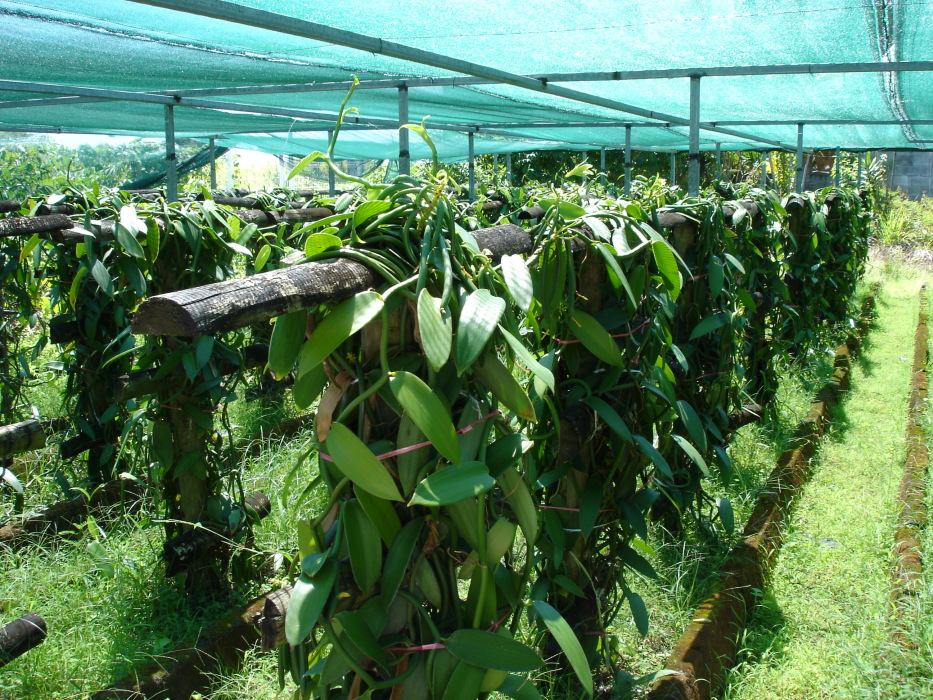 To grow vanilla beans, you will need to have bright, diffused light in your garden. It also needs a distinct dry and wet season, with a high humidity during the wet season. It takes six to nine months for the plant’s flowers to mature and produce fruit. Hand pollination is required. The beans turn yellow when they are mature and become loose and spongy.

If you have a mother plant, you can grow vanilla beans at home. Vanilla plants require indirect sunlight and moist soil. You can use a humidifier or water the plants twice a week. You should also check the plant’s health periodically to make sure it is growing well. If it does not look well, you can transfer the vanilla plant to another pot. After the plant has been grown in its own pot, it is possible to plant individual vanilla beans. When you plant them, make sure to use straight potting mix and add plain moss at the bottom of the pot.

After transplanting the cuttings place them in a shaded area. You can use palm fronds or tall dry grass for shade. It will take approximately four to eight weeks for the cuttings to grow and establish roots. Depending on the variety of cuttings, you can also plant them as an intercrop in coconut or arecanut plantations.

Hand pollinating the flowers is the first step to growing vanilla beans. The flowers have a small membrane in the middle of the flower and a pollen-covered anther. To pollinate the flowers, gently press the anther against the stigma, a long structure directly beneath the anther. Daily hand pollination will increase your chances of having a fruit. Vanilla beans will turn yellow about 8 to 9 month after being pollinated.

Once the plant has reached approximately three years of age, transplant it into a larger, more permanent pot. It is best to use a slightly larger pot than the original. A pot can be used up to twice its original size. However, it is important not to over-pot it. After transplanting, fill the pot with orchid potting mixture or bark.

When you want to grow vanilla beans with water, you’ll need to follow a few basic steps. First, you need to find a mother plant and make cuttings from its growing limbs. These cuttings should have at least two nodes and connect to the leader branch of the plant. Place the cuttings into a pot that has at least 2 inches of potting mixture.

Vanilla is a tropical vine that thrives in lowland areas. It likes to live in areas that receive at least 3000mm of rain each year. You can also irrigate your plants if you live in an area that doesn’t get enough rain. However, it is rare to grow vanilla on commercial scale above 600 meters, as it requires a humid environment. Native to lowland forests, it grows as an understory vine that climbs toward the canopy.

Manual pollination is the key to increasing humidity in vanilla beans. This can be done with a toothpick. The vanilla bean takes about 9 months to mature. It will have a yellow end once it reaches maturity. This connects to the vine. Hand pollination is necessary to ensure that the plant produces beans.

After the plant reaches about three to five year old, you can transplant it into a larger pot. Make sure to choose a pot that is slightly larger than the plant’s current pot. As long as the pot isn’t too large, a two- or three-foot pot will work. Fill the pot with bark or orchid potting mix halfway before you transplant the plant.

Hand pollinating vanilla beans is an important part of the production process. In the wild, the female vanilla flower is visited by pollinators called euglossines. These bees are native to South and Central America and have strong associations with orchids. Their male members collect floral scents to attract females. It is believed that some of these males are responsible for pollinating vanilla in the wild. They passively deposit pollen onto the flower stigmas, which eventually leads to the development vanilla beans.

Vanilla pods, also known as vanilla beans, are ready to be harvested nine months after pollination. When the pod is ready to harvest, its tip will turn yellow. Despite the fact that vanilla beans are flavorless and scentless, they are highly valuable. Harvesting vanilla beans should only be done when they are fully grown and not split. After the pods have been harvested, they should be carefully separated by size. The larger ones will cure faster, while the smaller ones will take longer.